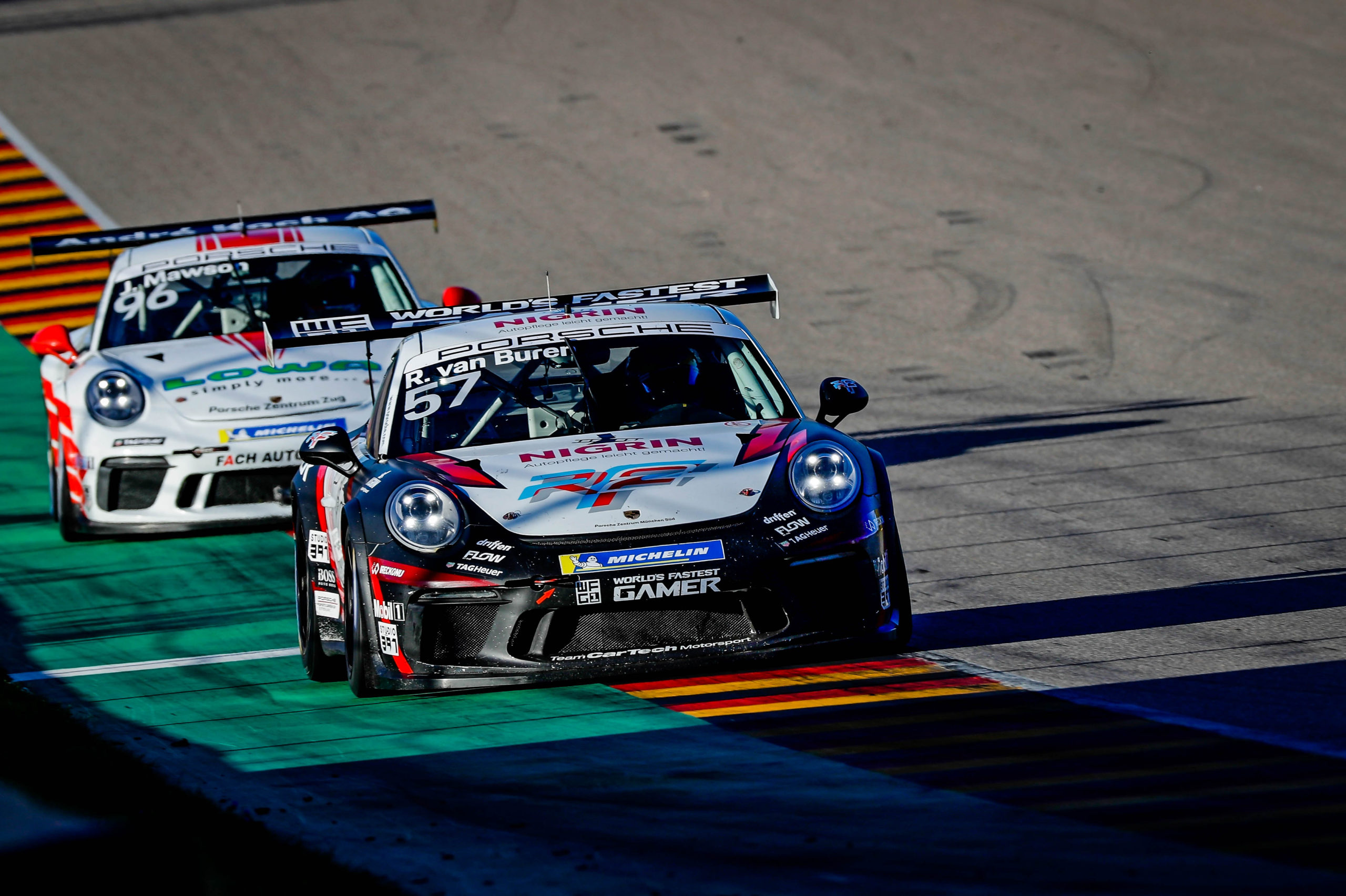 RED BULL RING, Austria (Friday, October 16, 2020) – Inaugural World’s Fastest Gamer winner Rudy van Buren continues his busy 2020 gamer to racer transformation when he does battle at the Red Bull Ring in the third round of the Porsche Carrera Cup Deutschland.

Engine Media’s IDEAS+CARS created World’s Fastest Gamer in 2017 to find the best racing gamer on the planet and set them on a path to real-world racing success. Van Buren won the inaugural competition in 2017 and earned a full-time role as a simulator driver for the McLaren Formula 1 team.

The Dutchman was a coach for the second season of World’s Fastest Gamer last year where British gamer James Baldwin took the prize. 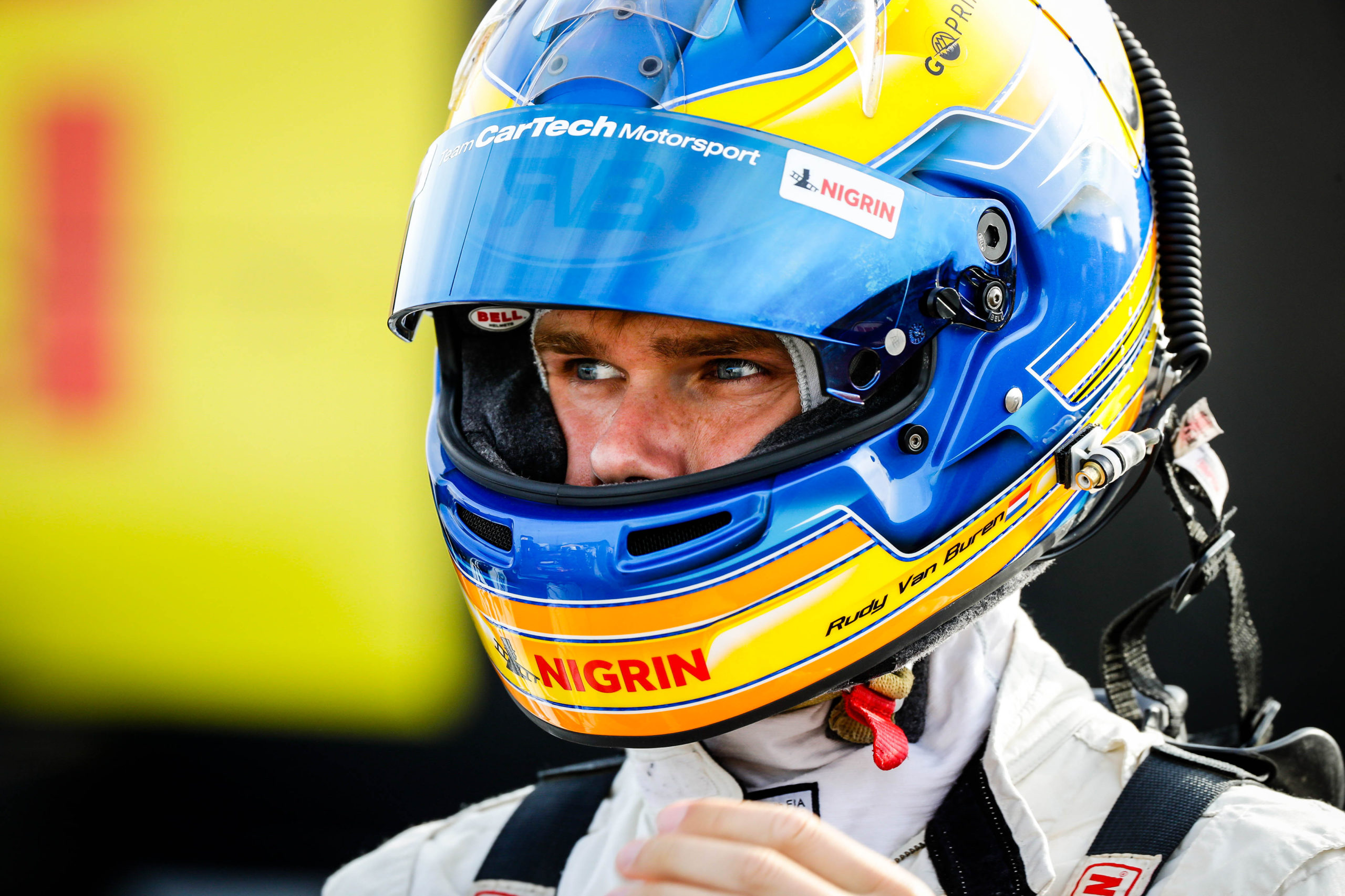 While Baldwin has been successfully challenging for race wins in the British GT Championship, van Buren has also made the move from virtual to reality by competing in the Porsche SportsCup and the high profile and fiercely competitive Porsche Carrera Cup Deutschland.

Van Buren last weekend completed his Porsche SportsCup season by finishing second in both races with co-driver Hugo Nuss and finishing second in the championship. This weekend he is back to the Carrera Cup for the third round of the German series which will be held across the border in Austria at the Red Bull Ring.

He finished sixth, seventh and eighth in the three races at the most recent round of the championship at the Sachsenring and has his sights set on further raising the bar in what will be a very cold Austrian weekend. 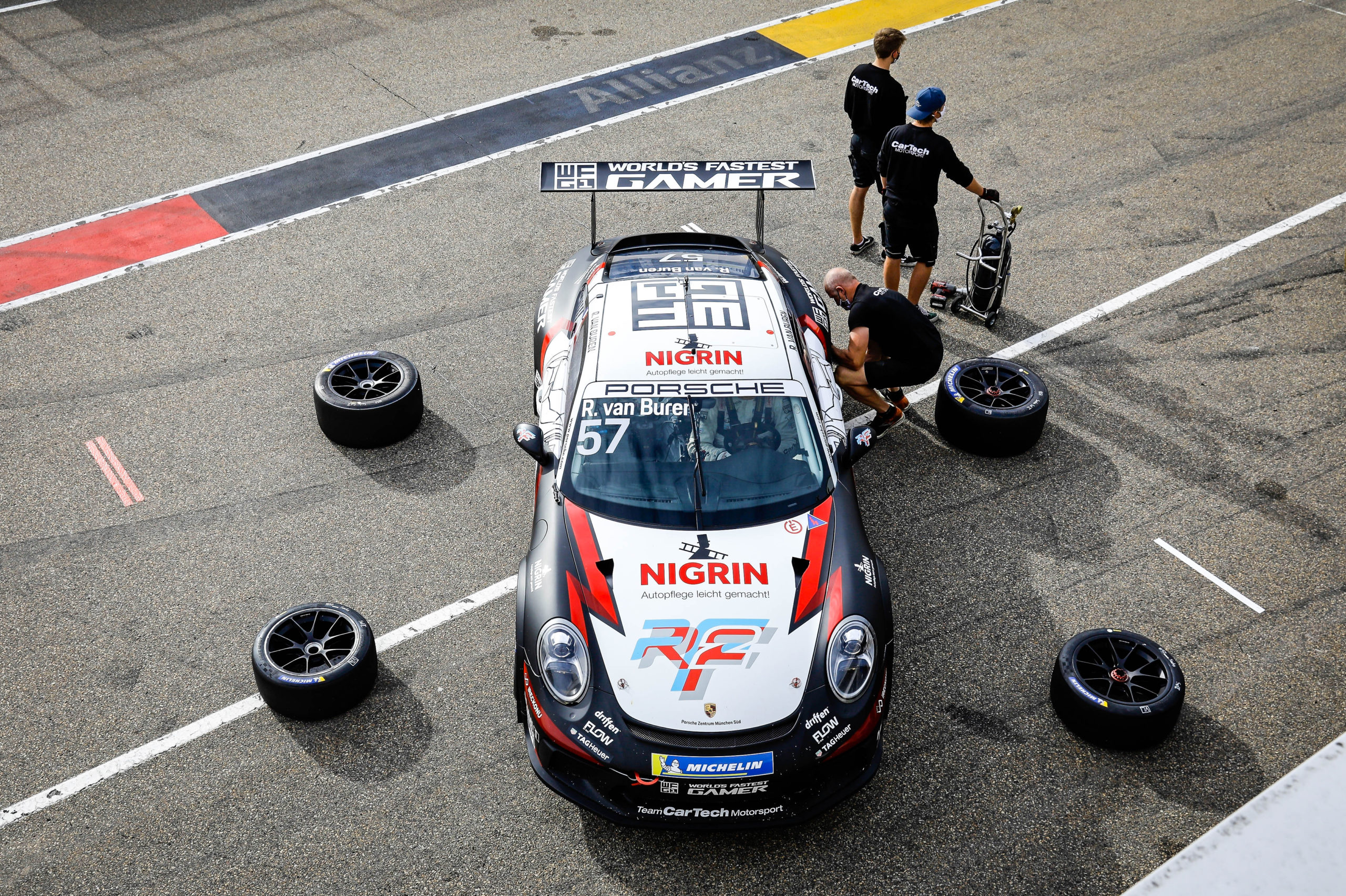 Q: How did the final SportsCup weekend go?

A: “The last SportsCup weekend was quite straightforward. Initially, the weather looked like it would be changing, but by the time we got to the weekend, it ended up being quite straightforward.
“I got to focus on coaching as well as driving during the weekend and working on a setup on the car that worked for both of us drivers, and we did find a good balance on Friday.
“Unfortunately, my teammate was hit during the Saturday sprint race and we thought we had tackled it fully and fixed it, but unfortunately Sunday, during the next session, after five or six laps, we had an issue with the driveshaft.
“That put us on the back foot for qualifying and put us in a difficult spot for the two endurance races that day. My co-driver started fifth and fell to ninth at the start, and that was tricky for us because the car we were chasing in the championship was leading.
“By the time we got in the car, we were eight seconds behind P1 and I was close on pace with the guy leading the championship, so it was just really hard to close up the gap.
“P2 was all I could get out of it. The start of the second race there was a huge traffic jam and that put us on the back foot, but it was almost the same story as the end of race one. There really wasn’t anything I could do at that point. It was really a P2 weekend! P2 in the championship, P2 in both races.”

Q: How has racing in SportsCup been beneficial to you in your Carrera Cup endeavors?

A: “With the whole COVID thing and the Carrera Cup season getting pushed so far back in the year, when we saw the Porsche SportsCup calendar and that the first two races were tracks that I would later drive in Carrera Cup, it made perfect sense.
“It allowed me to do some coaching and to get seat time in the car. There are a few differences and especially set-up wise it’s a bit different, but at the end of the day, it’s a Porsche Cup car and that’s a very particular thing to drive.
“The first goal was just to do the first two races and learn the tracks for Carrera Cup. And it was a rough start! We had a difficult first endurance race, but managed a P2 in the second one and that kind of lit the fire for my co-driver to keep going.
“The second weekend, we got a win and a third and we were genuinely fighting for the championship. It wasn’t initially the plan to run the entire season, but we sat down and figured out what we needed to do to make it happen, and we went for it!
“We scored more wins and came so close to winning the championship – that’s always great. But, even better, it’s been good for me to get so much seat time in a very similar car, on the exact same tracks, or even other tracks, and in a variety of conditions.
“I am definitely able to deal with more of the unexpected because of it.” 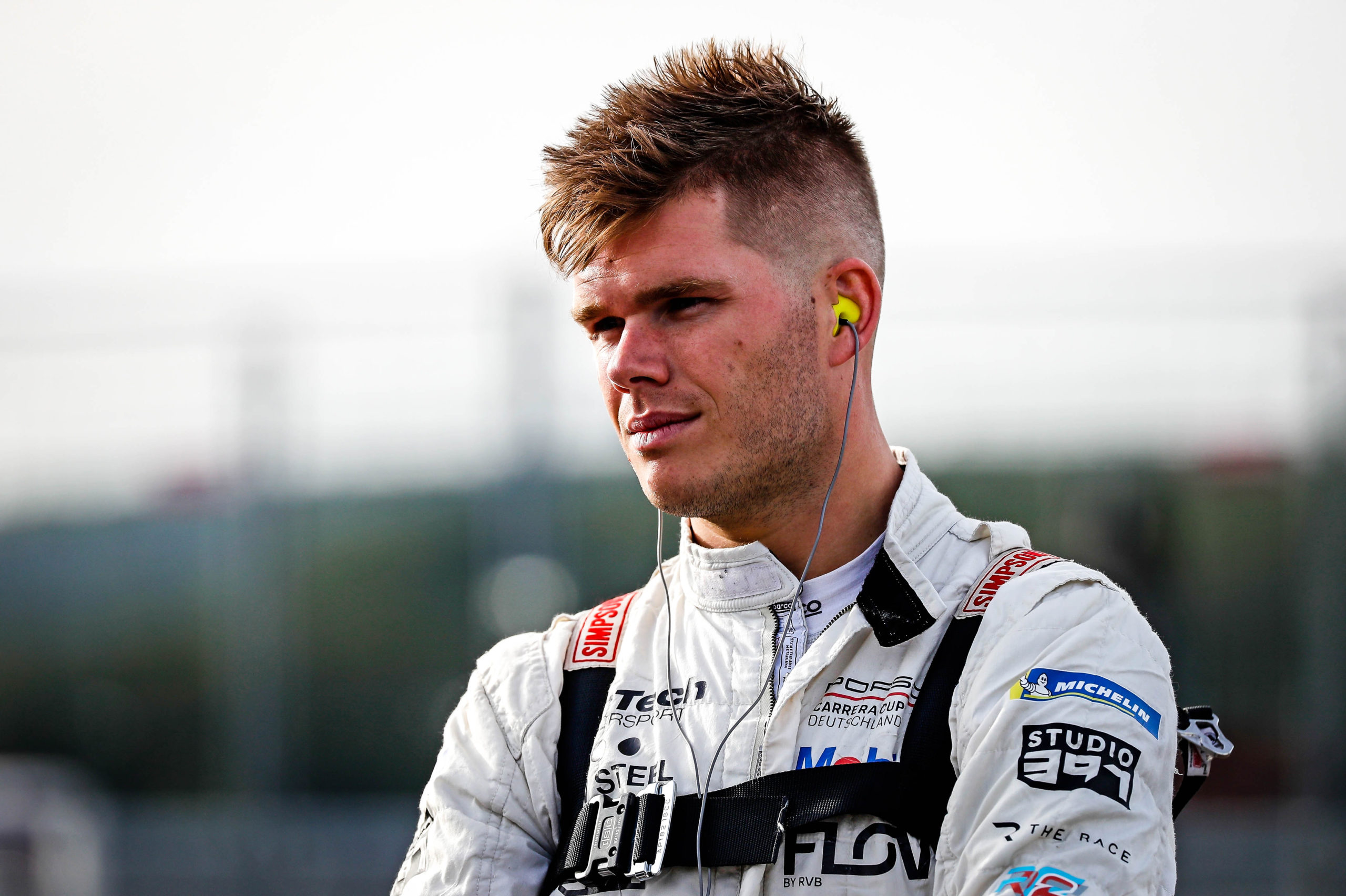 Q: Coming up on this weekend, what are your goals for the third Carrera Cup round?

A: “The first goal for this weekend is to not freeze! The temperatures at the Red Bull Ring are expected to be between one and eight degrees celsius, it could even snow during the weekend.
“That’s going to be exciting, but it will also be a challenge. Luckily, we have two testing days on Thursday and Friday to get ourselves ready for qualifying and the race.
“The goal for me is always to improve on the previous weekend, and we definitely have room to improve.
“Starts are one of the big things that we could improve upon. There are some details we can work on where if even just a few of them click, that will be a step forward.
“If all of them click, we should be in an even better place. We’re climbing the ladder, we’re learning and improving, and as long as it’s an improvement from Sachsenring—even just one place—I’ll be happy.
“It takes a lot of tiny steps to move forward in this field, the level of competition is so high, but the gap to the front is not that big.
“We will need a bit of luck, there’s a lot of variables with the weather especially, but those can also be beneficial. If we take the lessons we’ve learned so far and improve, we’ll keep moving forward.”